Hike to the Abbey of San Benedetto in the Perlana Valley

An itinerary in the woods that leads to a sacred place hidden in the mountains, surrounded by nature and silence.

The first itinerary proposal, more demanding, starts from the Sanctuary of the Blessed Virgin of Succour (Tremezzina – Ossuccio) and ends at the Abbey of Acquafredda (Tremezzina – Lenno). 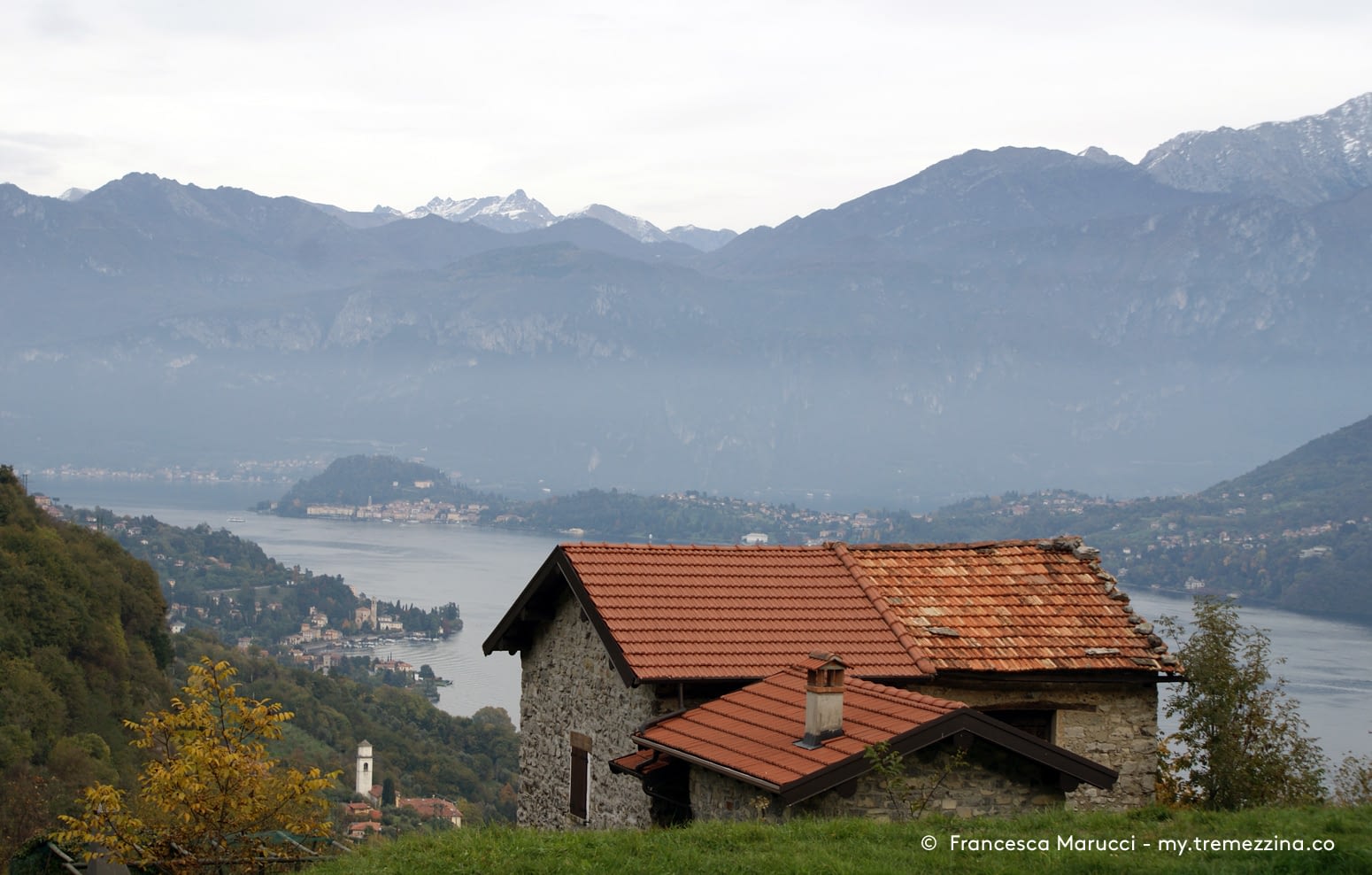 From the Sanctuary (419 mt) you go up the steep cobbled road that leads to the huts of Cremia (520 mt). Leaving the mule track to the left for the Boffalora refuge, go straight on, slightly uphill, passing the semi-crushed huts of ancient origin of Garubio and Pelenden. Then, after crossing the San Benedetto stream, he path goes through a wood of larches and pines and then reaches the splendid Abbey (815 m).

The Abbey of San Benedetto in Val Perlana is the most remarkable example of Romanesque architecture preserved in the village of Ossuccio. Very few decorations, three apses facing East and a large square bell tower: simple architectural lines for a rural abbey church that enchants and fascinates. Here you can breathe a unique atmosphere, very intimate and full of sacredness. Around San Benedetto there are only nature and silence.

After having rested and enjoyed the charm of this Romanesque jewel nestled between woods and quiet, you can continue your journey to the Abbey of Acquafredda (329 meters).
Behind the church, take the path that goes up the other side of the Val Perlana.
You cross the Perlana torrent and after having passed some agglomerations, you reach the Abbey of Acquafredda, so called from the spring that flows on its churchyard.
The Abbey of Acquafredda was founded in 1147 by Enrico, a Cistercian monk of the Abbey of Morimondo, in the locality of Roncale (Lenno). Of the ancient structure remains the apse and the chapel of Bishop Agrippino, whose remains were transported from Isola Comacina; the church, dedicated to S. Maria dell’Uliveto, is frescoed by Fiammenghino.

The starting point is the Abbey of Acquafredda (329 mt). To the left of its entrance starts the Antica via di San Benedetto: the initially wide road then becomes a wide cobbled mule track that runs along the right side of the Val Perlana.

At about 810 m you will find a crossroads, follow the main path (signposted San Benedetto) that descends across the Perlana stream and then climb up briefly to the clearing where there is the Abbey of San Benedetto (815 m).

At the top of the clearing, take the path to return. Here you will find a signposted junction, follow the small road on the left (signposted Ossuccio – Santuario della Beata Vergine del Soccorso). The route descends slightly, crosses the San Benedetto stream, and then descends more steeply.
The road then becomes almost flat until it reaches the mountain huts of Cremia (520 m), where it descends steeply to the Sanctuary of the Beata Vergine del Soccorso (419 m). Then take the cobbled avenue of Sacro Monte di Ossuccio and go down passing in front of the different chapels.