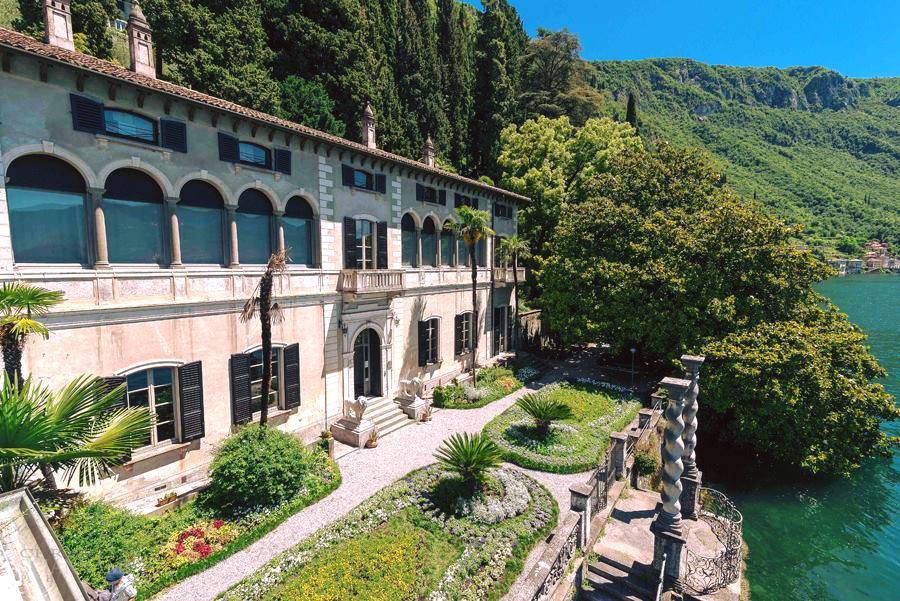 The beauty of living in #villamonastero: curiosity and furniture in an eclectic home

The virtual discovery and in-depth study of Villa Monastero, Varenna, organized and promoted by the Province of Lecco, has begun in order to bring the history and beauty of one of the main attractions of the area to your home, thanks to its strategic position in terms of history, landscape and environment.
The first appointment leads us to the discovery of the Sala Nera.

In this period when it is not possible to visit gardens and museums due to the ongoing health emergency, the Province of Lecco has promoted a “virtual initiative” to get to know Villa Monastero, Varenna.

The initiative called “The beauty of living in #villamonastero: curiosity and furniture in an eclectic home” involves the publication on the Villa Monastero website and on the social channels Facebook and Instagram, of news, descriptions and photos of the Casa Museo.

The intent of the initiative is to let the public know the history of this Villa, internationally famous as a venue for prestigious conferences and as a location for private events of great charm and prestige.

The Province of Lecco wants to accompany the public in a journey of discovery and deepening, in view of the reopening of the Botanical Garden and the Casa Museo in total safety, which we hope will happen as soon as possible.

Villa Monastero, owned by the Province of Lecco, is one of the main attractions of the area due to its strategic position in historical-landscape-environmental terms and for the different services provided by the compendium.
The central nucleus is represented by the Casa Museo which, in 2004, obtained the recognition as a museum of the Region of Lombardy and is entirely accessible to the public with its exhibition path that develops in 14 rooms with original decorations and furnishings. The Casa Museo also houses the collection of scientific instruments that belonged to Giovanni Polvani, who was President of the Italian Physical Society and the National Research Council.

In this historical Larian residence there is also a Conference Centre known internationally for the physics lessons held in 1954 by the Nobel Prize winner Enrico Fermi; every year the Italian Physics Society organizes its courses at Villa Monastero.
The Villa, with its many possibilities of choice, offers institutions, universities, companies, associations and research centres the possibility to hold conferences, seminars, training courses, workshops and other cultural events in an extremely suggestive location.

The Villa is surrounded by a Botanical Garden that extends for almost 2 kilometers along the lake front from Varenna to Fiumelatte and has almost 80,000 visitors annually, offering opportunities for recreation and learning thanks to the presence of many rare native and exotic tree species.

Villa Monastero is an eclectic style residence where every environment is pervaded by the spirit of the people who have lived there over the centuries and have imprinted their own style and personality. The building was born as a Cistercian women’s monastery founded at the end of the 13th century; at the beginning of the 17th century it was transformed by the Mornico family from Valsassina and subsequently renovated and decorated between 1897 and 1909 by its German owner Walter Kees. In 1936 the villa was donated to the National Research Council to become a public property and museum at the behest of the then owner, the Milanese naturalist Marco De Marchi. In 1940 the garden was opened to the public and in 1953 the congress centre was created. In 2009 the entire compendium was purchased by the Province of Lecco, which manages it directly with continuous enhancement and promotion.

The Sala Nera, so called because of the colour of the furnishings and upholstery, is one of the two reception rooms on the ground floor of the Villa. The penultimate owner of the Villa, the German Walter Erich Jakob Kees, used this room as a dining room and furnished and embellished it in the first decade of 1900 according to his taste.