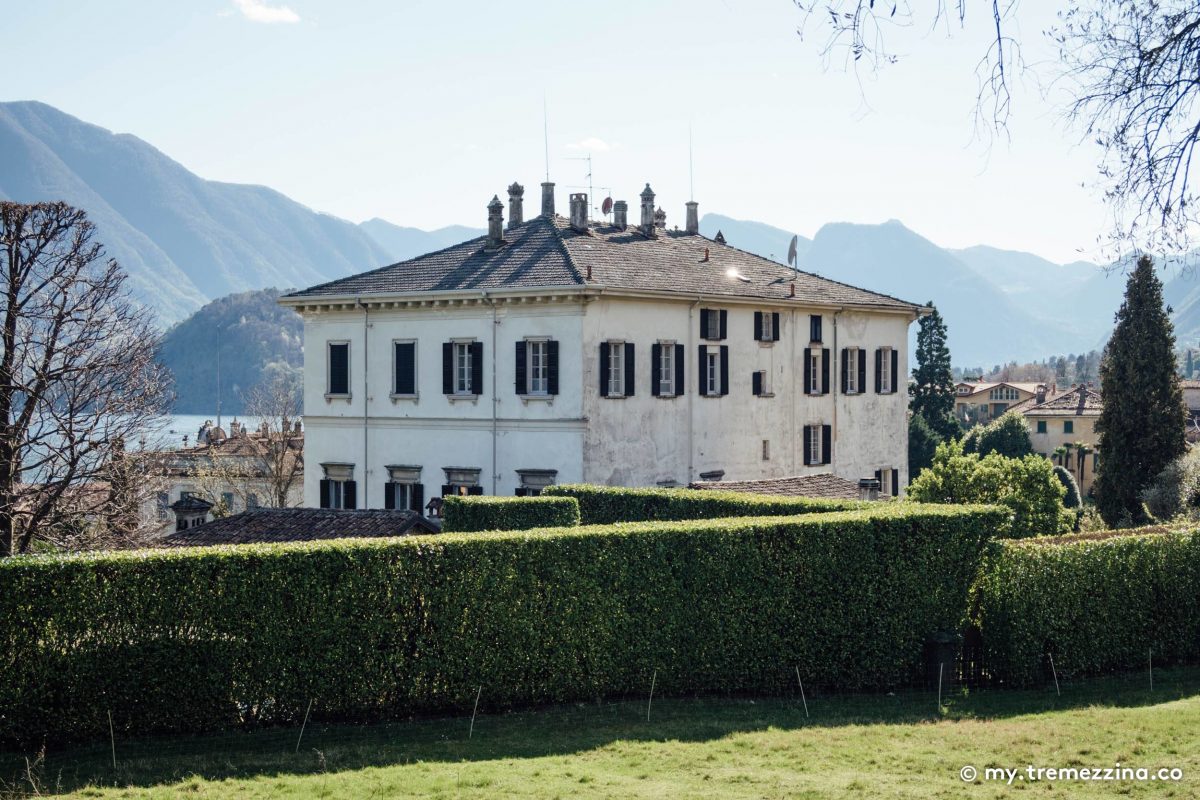 The eastern side of the property borders the adjoining villa Albertoni Pirelli, located in an elevated position and preceded by an imposing staircase that connects to the road. The building was built from 1676 by Tommaso De Carli from Volesio, to which refers the name “Carlia”, and it was extensively modified during the eighteenth and nineteenth centuries. The property passed to his son Antonio De Carli and then to his niece Sofia De Carli Barbò who was married to Count Albertoni.

The building is composed by a rectangular block on three floors marked by stone frames and by a basement with an ashlars imitation.

Church of the Addolorata