“Rebels: this is what they call us, this is what we are, this is what we want to be. Their contempt is our exaltation. Their 'honoured' servitude to the foreign legality seethes the sour taste of our freedom. Their suspicious conspiratorial cowardice reassures our fortitude. We are rebels: ours is first of all a moral revolt.”

These words are taken from an article by Teresio Olivelli, Gold Medal for military value and Venerable, which in March 1944 appeared on “The Rebel”, the underground journal by the Green Flames Brigades, catholic-orientated partisan formations. 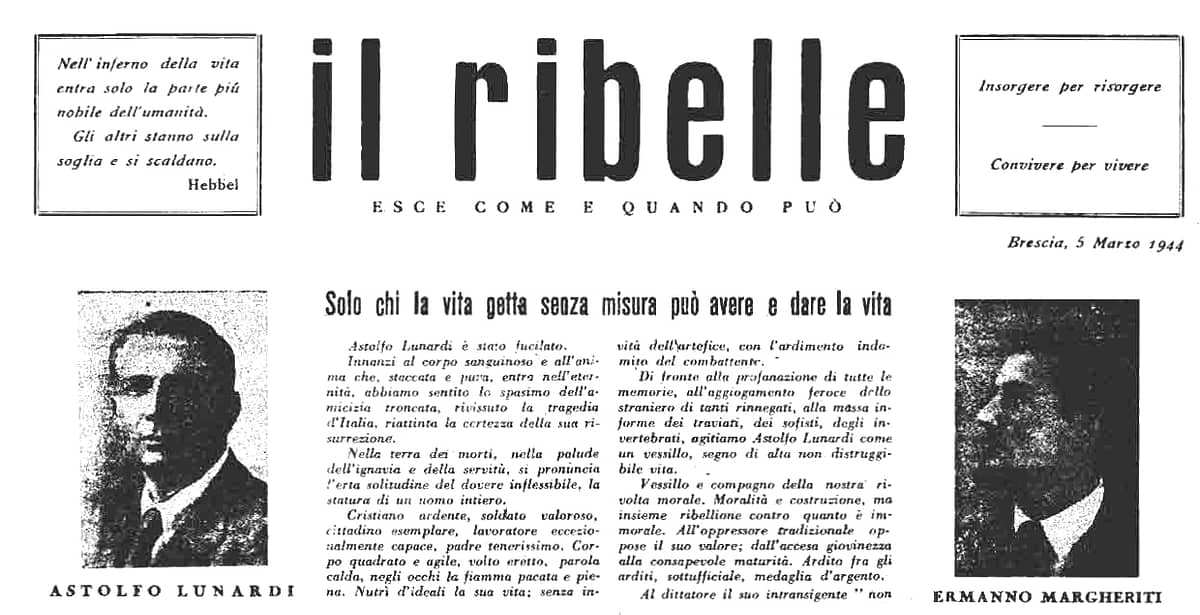 Teresio Olivelli was born in Bellagio on 7th January 1916. Due to economic problems, he often had to move around Lombardy with his family. All the same, he managed to maintain a strong bond with Don Rocco Invernizzi, parish priest of Tremezzo, who was his maternal uncle and his spiritual and moral point of reference. He studied in Mortara, Vigevano and Pavia, where he graduated in law. During these years, he was member of the Catholic Action, of the FUCI (Italian Catholic University Federation) and of the GUF (Fascist University Group). 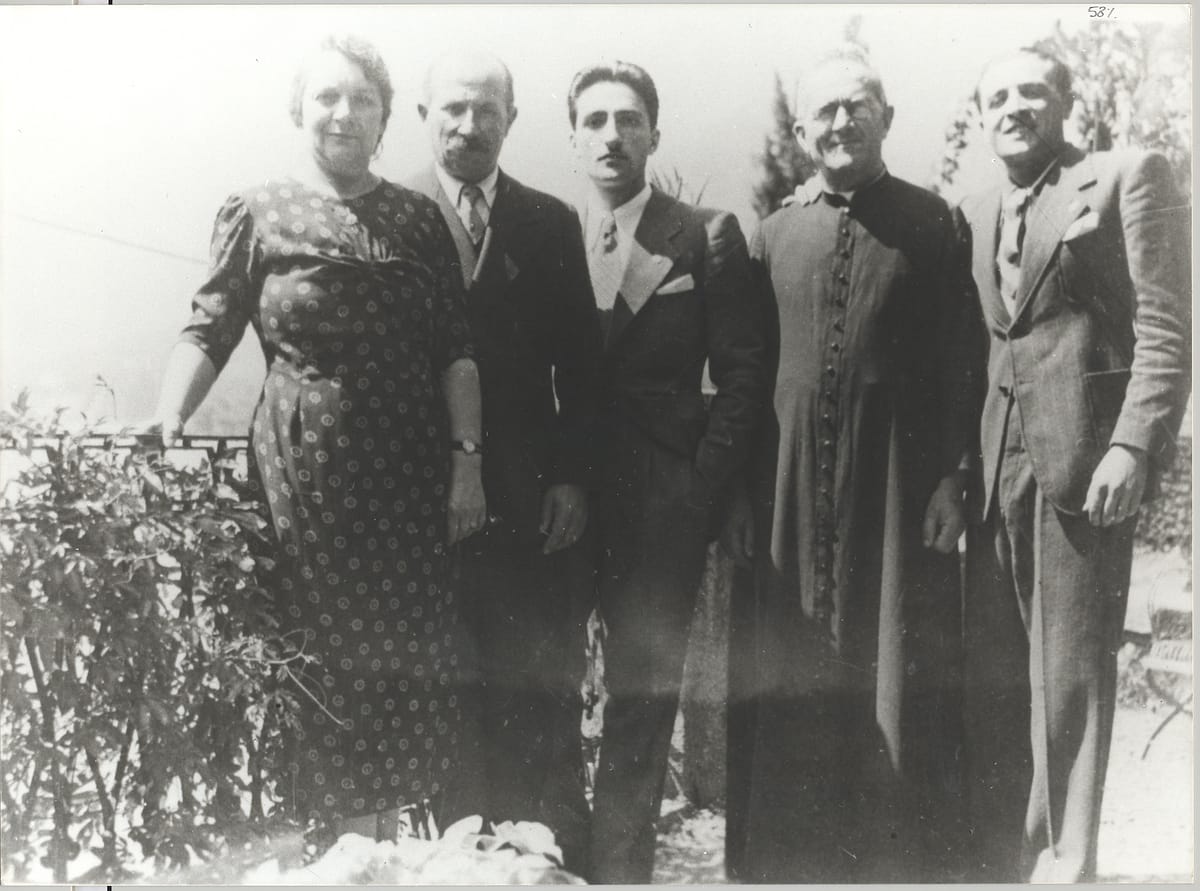 Olivelli had a critical attitude towards fascism; he was sure he could improve it through the Christian message. Following the racial laws and the invasion of France, he started to break away from the regime. Willing to help and to give comfort to the soldiers who were destined to the Russian front, he refused the exemption he was granted with and enlisted.

Back from the ruinous Russian campaign, as he didn’t want to swear allegiance to the Salò Republic, he was deported to Austria. He managed to escape and he settled in Milan, where he committed himself to the diffusion of the catholic ideals of the Resistance and where, with Carlo Bianchi and Claudio Sartori, he founded “The Rebel”. During this period, Olivelli wrote the famous “Prayer of the Rebel”.

On 27th April 1944, he was arrested with Bianchi and, after being tortured in San Vittore and trying to escape from the Fossoli camp, he was transferred to Bolzano-Gries and later to Flossenburg. During those months, he tried to relieve the pains of his fellow prisoners, treating their injuries, sharing his food ration with them and supporting them through prayer. In September, honouring the Christian ideal, he decided to follow the Italian prisoners destined to Hersbruck elimination camp. Here was where he died, when he was only 29 years old, while trying to protect a fellow prisoner from the beatings of a kapo.

However, Teresio Olivelli’s message is indelible:

“we fight day after day as we know that freedom can’t be granted by the others. There are no ‘liberators’. Only, men who free themselves. We fight for a wider and more fraternal solidarity of the spirits and of the work, in the people, and among the people, even when the end seems far-away and the less strong go limp: through clenched teeth even if the immediate success doesn’t reassure the men’s theatre, as to make them aware that Italy’s vitality lies in our perseverance, in our will to rise, to fight, in our love”

Saturday, 15th October, the Ministry of Economic Development, on request of the Municipality of Tremezzina, will issue a commemorative stamp of Teresio Olivelli, on the centenary of his birth. 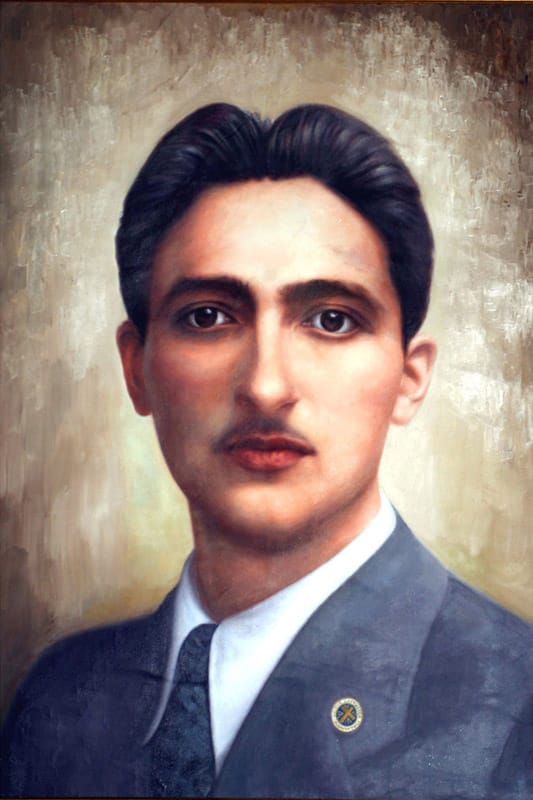