The traditional “Sagra of San Giovanni”

To highlight the intimate, collected and religious feelings of the traditional Sagra of San Giovanni at the Comacina Island, I interviewed Mrs Carmen from Campo, that I warmly thank for having shared her little girl and young lady memories with me.

Until the 1960’s, when it started gaining more and more visibility, the festival of San Giovanni only involved a strict number of people.
Only the inhabitants of the hamlets of Spurano, Ossuccio, Isola and Campo took part to the event, the organization of which was entrusted to women and young girls. As it is today, the festival lasted two days and its arrangements were rather challenging.

During the weeks before the event, it was extremely important to stock up on snail shells, as they were needed for the production of the lumaghit (later on replaced by the classical lumini); on the Saturday evening, these lumaghit were lit and positioned on the steps of the church of San Giovanni, on the surface of the lake and on the windowsills of the houses facing the Comacina Island. On the shores of the island, you could also find small bonfires, lit with twigs and weeds gathered from the cleaning of the island itself.

The religious festival, on the Sunday, was the most important part of all. In Campo, place of departure of the procession, women were already at work at six in the morning to decorate four or five boats. These boats, known as cumbàl, very popular on Lake Como for the transport of goods, were adorned with flowers and branches. The parade started at 10:00, when the preparation was completed, and only members of religious brotherhoods took part to it. 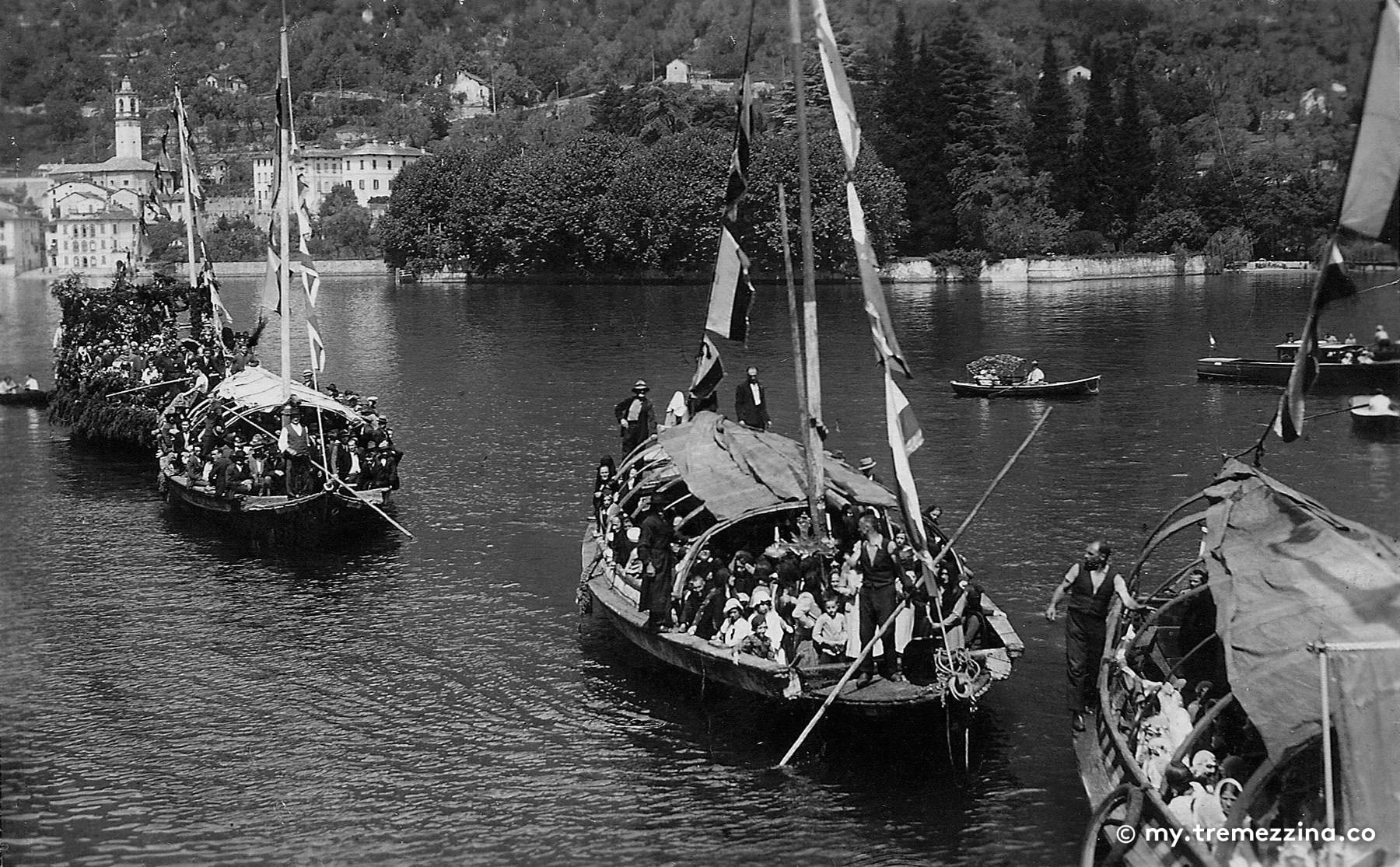 On the front line, you could find Mary’s Daughters: baby-girls wore white clothes and flowers crowns, young girls wore a white veil and a blue medal. They were followed by the Sisters, wearing a black veil, the children, accompanied by the nuns of Ospedaletto, and the Brothers, wearing a red robe. Following them, you could find the priest, the altar boys, carrying the relics of the Saint, and the civil authorities. A few inhabitants and a few curios followed the procession, although they often couldn’t enter the church due to lack of space.
Once the cumbàl reached the island, followed by the other inhabitants on their own boats, in the church of San Giovanni that was thoroughly cleaned by the women the day before, the Mass was celebrated. Outside the church, after the ceremony, you could find a small fair that, for the religious associations and groups, was the occasion to sell a few drinks to raise funds (starting from the 1950’s these funds were used for the building of the parish hall).

Once back in the village, in the afternoon, you could attend the typical and size contained race of the “Lucie”.

The traditional festival of San Giovanni has always been a significant and emotional time for this community and, although in a different way, it still is for all the people taking part to it today.