Two inglesine on the lakeside in Lenno

Among the pleasure boats sailing silently and rapidly along the shores of the lake, the inglesina stood out for its elegance. Thanks to its slender line, the wooden seats with caned backrests, the comfortable cushions and a dainty sunshade it became the tourists’s favourite boat for outings and for touring the lake. On the old traditional boats used on the lake, boatmen would row standing on their feet and facing the prow, while on an inglesina they rowed the boat sitting on a wooden bench, with their backs to the prow. 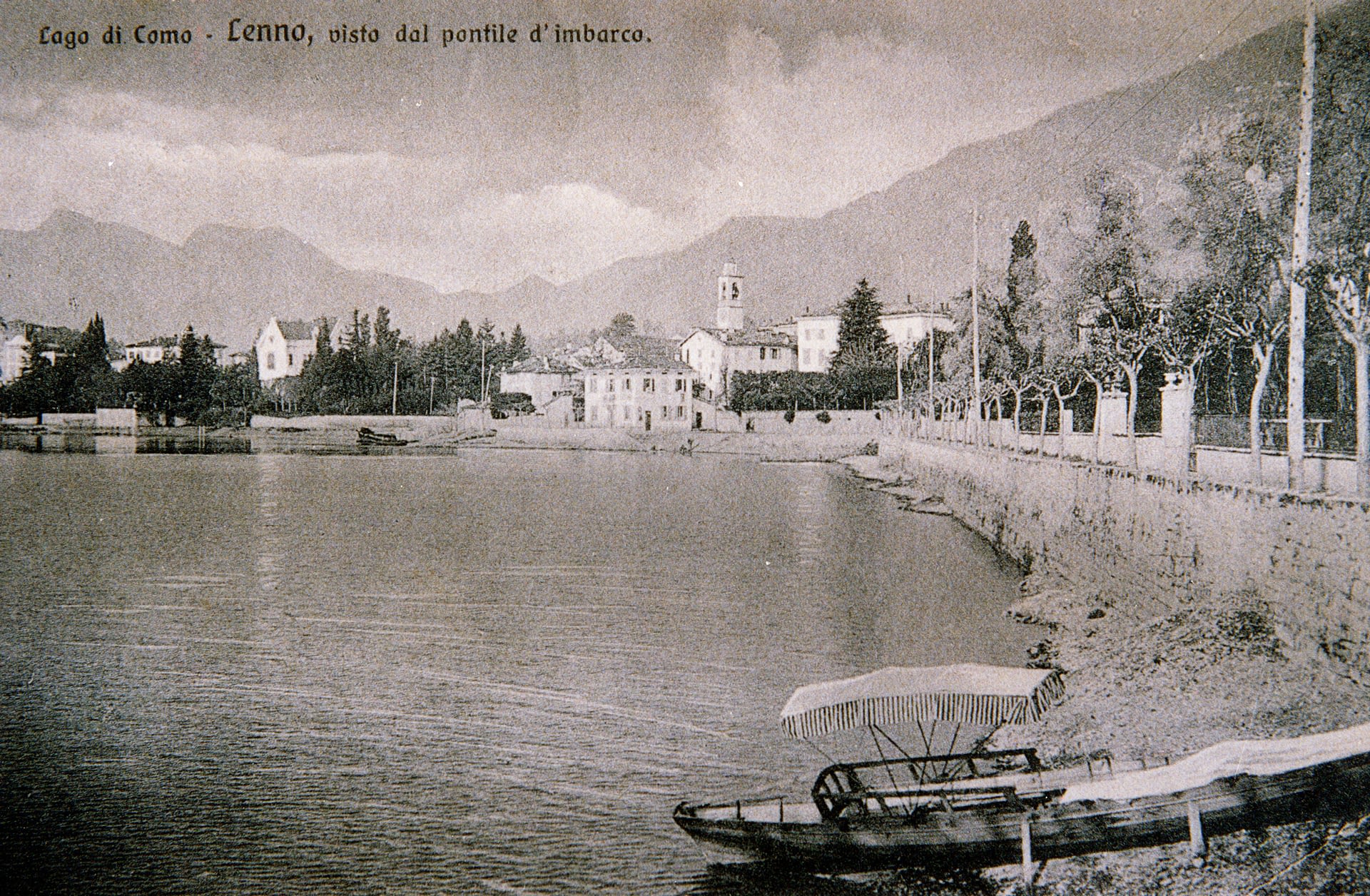 Brought to the lake in the early 1800's by British tourists, the inglesina was conceived for calm waters: with its slender line and low waterline it was not fit for braving waves. The skilled local oarsmen used to row the boat through waveless waters and take the tourists from one shore to the other. In a letter written in October 1870, while on vacation in Cadenabbia, the American novelist Louisa May Alcott, author of Little Women, writes: “We were rowed over to see it (Bellagio) by our boatman, who spends his time at the front of the stone steps before the hotel, and whenever we go out he tells us, ‘The lake is tranquil; the hour is come for a walk on the water,’ and is as coaxing as only an Italian can be. He is amiably tipsy most of the time.”

Selected among the old photographs that many families from Lenno have donated to the local Public Library and now collected in 7 CD, the old image above shows a rather peculiar moment: holding the oars on the slender inglesina it is not a sturdy local boatman but an elegant young woman, dressed in white, while another young woman holds the rope to control the boat while it approaches the shore. Two British tourists, perhaps. A guess inspired by a curious detail: the flag flying at the stern seems to be the Union Jack. The photo is blurry and it is not possible to see clearly if there are other tourists on the seats, under the sunshade. In fact, the waters in the golf of Lenno are very calm and the weather conditions seem perfect for an outing on an inglesina.