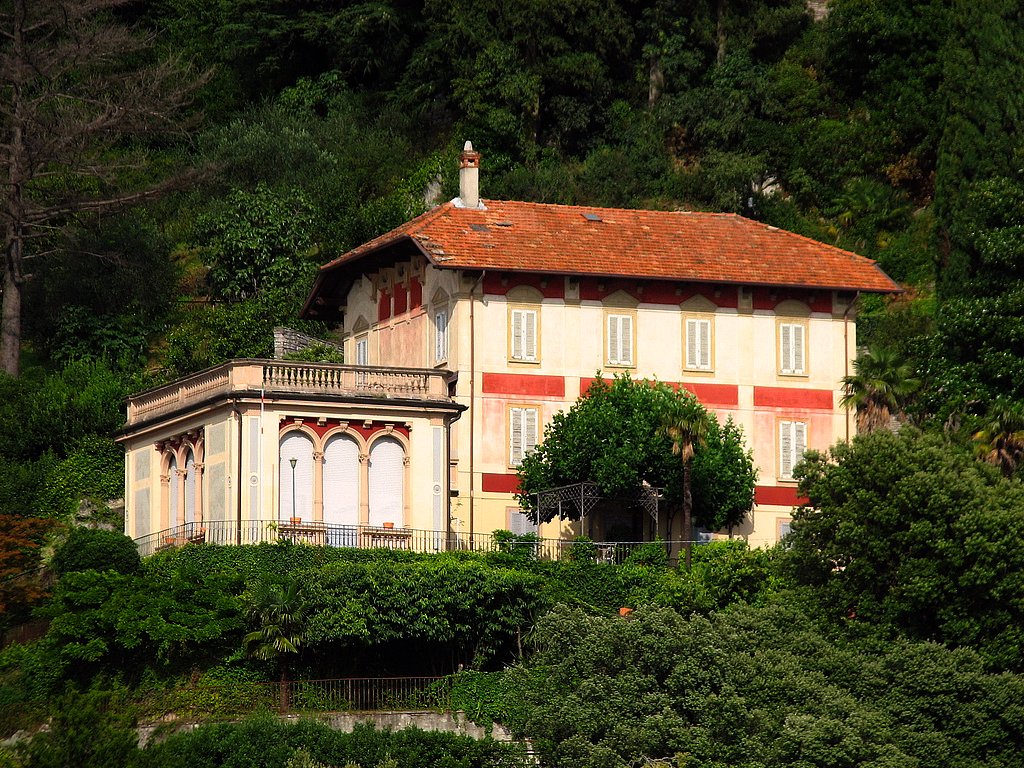 Elegant classical style villa, enriched later with some liberty elements.
It is located on the northern edge of the historical centre in a place called Porta Varenna and it has a dominant position.

From there it offers one of the most enchanting views of the central basin of the Central Lake area. The simple garden unfolds around the three cores which compose it, on crags connected by paths and stairs, always with a lake view, lying on the hill overlooking the village; it branches off as it rises to become first a vegetable garden, then a countryside and finally a chestnut grove.

It was built at the end of 20th century by Carlo Bosoni and during the years had different owners for example Piero Boselli, Palma family and since the 50′s is property of Rivetta family.