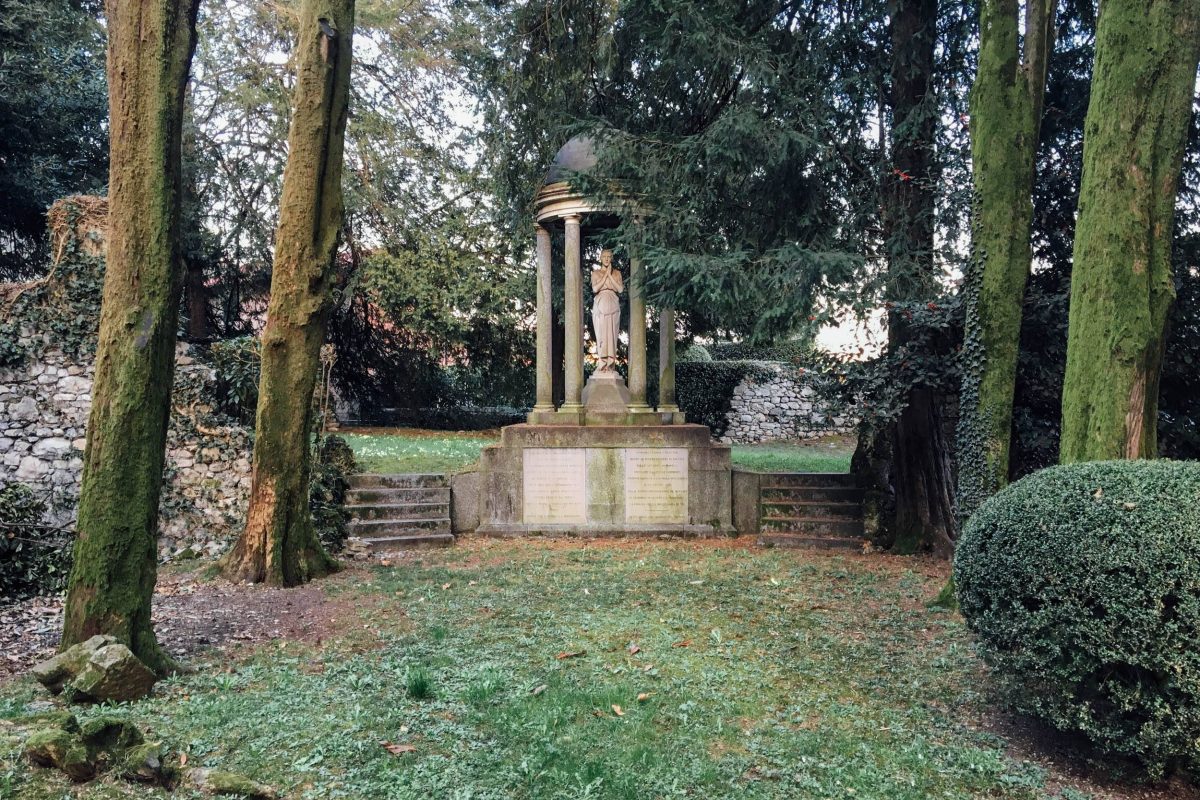 Within the park of Villa Rachele, at the end of the cypress path, stands the funerary monument of Giulio and Antonia Beccaria Bonesa Curioni. It is a small temple with six tall, thin columns which support the trabeation and the semi-spherical marble dome. Inside, there is a marble statue of a young woman in adoration, created by the sculptor B. Danielli. The two tombstones are set in the base: the first is dedicated to Marquise Giulio Beccaria, who passed away in 1858; the second was set in memory of his widow, who died in 1866.