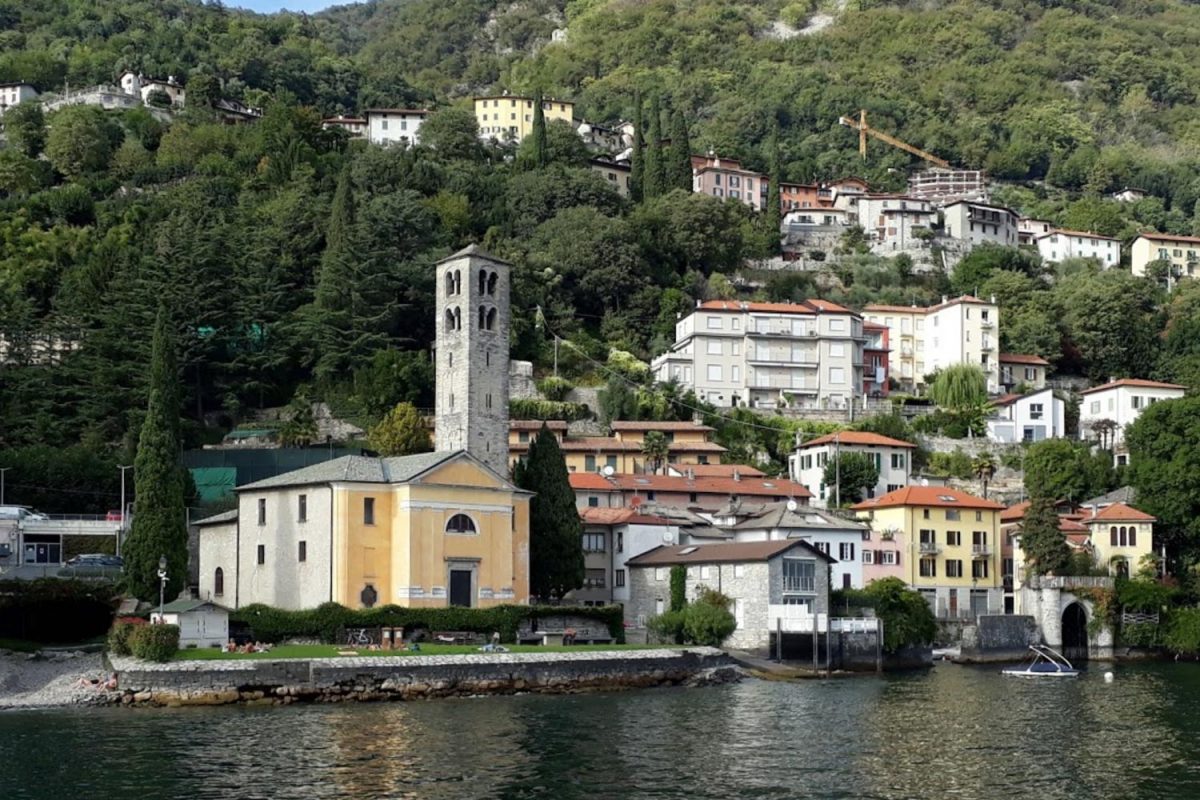 Church of Ss Quirico and Giulitta

Coming from the lake to the village of Urio you can see the twelfth-century Romanesque bell tower, embellished by two orders of double-arched windows, of the church of Ss Quirico and Giulitta.

It was built on the perimeter walls of a Romanesque church coeval with the bell tower, but in the Baroque era the access has been reversed, previously it was facing the ancient Via Regina and now it opens on the lake.

It follows that the baroque apse is no longer oriented towards the rising of the sun, according to the ancient Christian tradition, but towards the sunset, while to the east on the lake there is the entrance.

However, the church has not lost its charm. When people leave the Mass, they find themselves on an outstanding churchyard on the lakefront and can enjoy an extraordinary panoramic view.

Those who come from the lake see the simple yellow facade almost touched by the waves of the lake and solidly flanked by the ancient bell tower in stone: the stone of Moltrasio.

Church of Saints Giacomo and Filippo