Alfred Stieglitz and the photos on Lake Como

Alfred Stieglitz, photographer, has been a determining supporter for the development of American art photography. In 1902 he founded Photo-Secession, an association to which he belonged to with other artists, such as Gertrude Kasebier, Edward Steichen and Clarence H. White. Through realities such as the “Camera Work” magazine and the 291 gallery in New York, he promoted, in the specific, the pictorial photography of the beginning of the twentieth century.

It’s September and it is not long before the history of photography exam session, I find myself in one of those Milanese libraries crammed with students at the height of the autumn session and I am writing the short dissertation to produce at the examination.
While studying in depth the work of Alfred Stieglitz, one of the greatest pillars of art photography, I cover the origins of his work and I find myself in quite a serendipity enlightenment – to say it in complex terms.

While admiring the beauty and the poetry of Paula, Sunlight and Shadows (1889) and while studying its contents, I find out, thanks to Beaumont Newhall‘s accurate description of the photo, that on the background wall of the image there are two photographs of The Approaching Storm that were taken on Lake Como in 1887 by Stieglitz himself.
At the time the young Alfred lived in Germany, he was a student of American origins devoted to mechanical engineering: it is right when he was in Berlin that he fell in love with the camera and its artistic potential, a love that he will cultivate for the rest of his life. 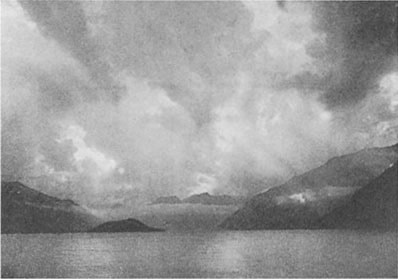 But let’s get back to us and to the point I want to investigate.

After a quick browse on the web I find out that The Approaching Storm is not the only image that was taken by the artist during his journey in Italy.
A Good Joke (aka The Last Joke), photograph that in 1887 was awarded by the Photographic Society through a contest promoted by the English magazine “The Amateur Photographer” whose only judge was the photographer Peter Henry Emerson, was taken in Bellagio. The very first recognition that was awarded to a very young Alfred Stieglitz, future founder of the American Photo-Secession, promoter of the 291 Gallery, author and director of “Camera Work”, was due to a photo taken in Bellagio at the end of the nineteenth century. It is a “spontaneous” photograph (so as Emerson defined it) and without any search for effect; I would invite you to reflect on the modernity of such photo: no pose, no component model for a group of laughing children around a fountain. 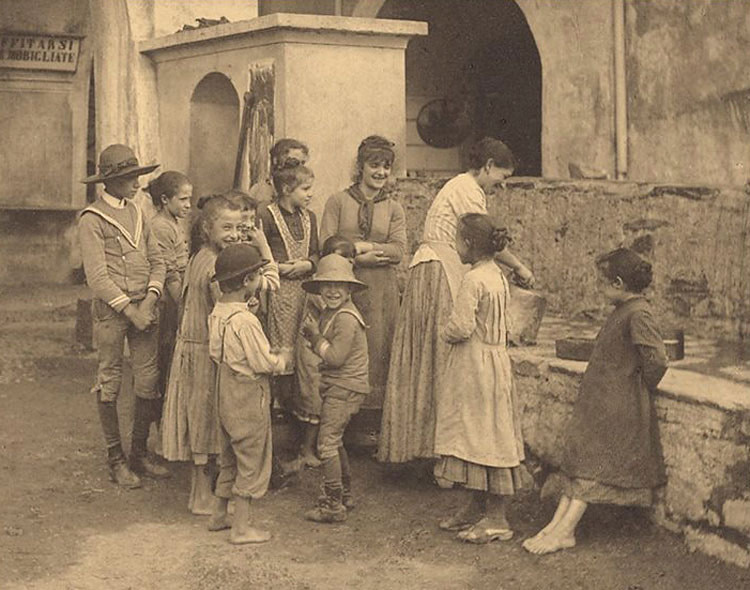 Who, more than them, could embody beauty?

It would be useless to try and describe you the wonder I felt while discovering these little space-time details, very small parts in the immensity of the path of an artist I consider to be one of the greatest photographers of all times.

Not only George Clooney and Mark Zuckerberg: Alfred Stieglitz passed by Lake Como as well. 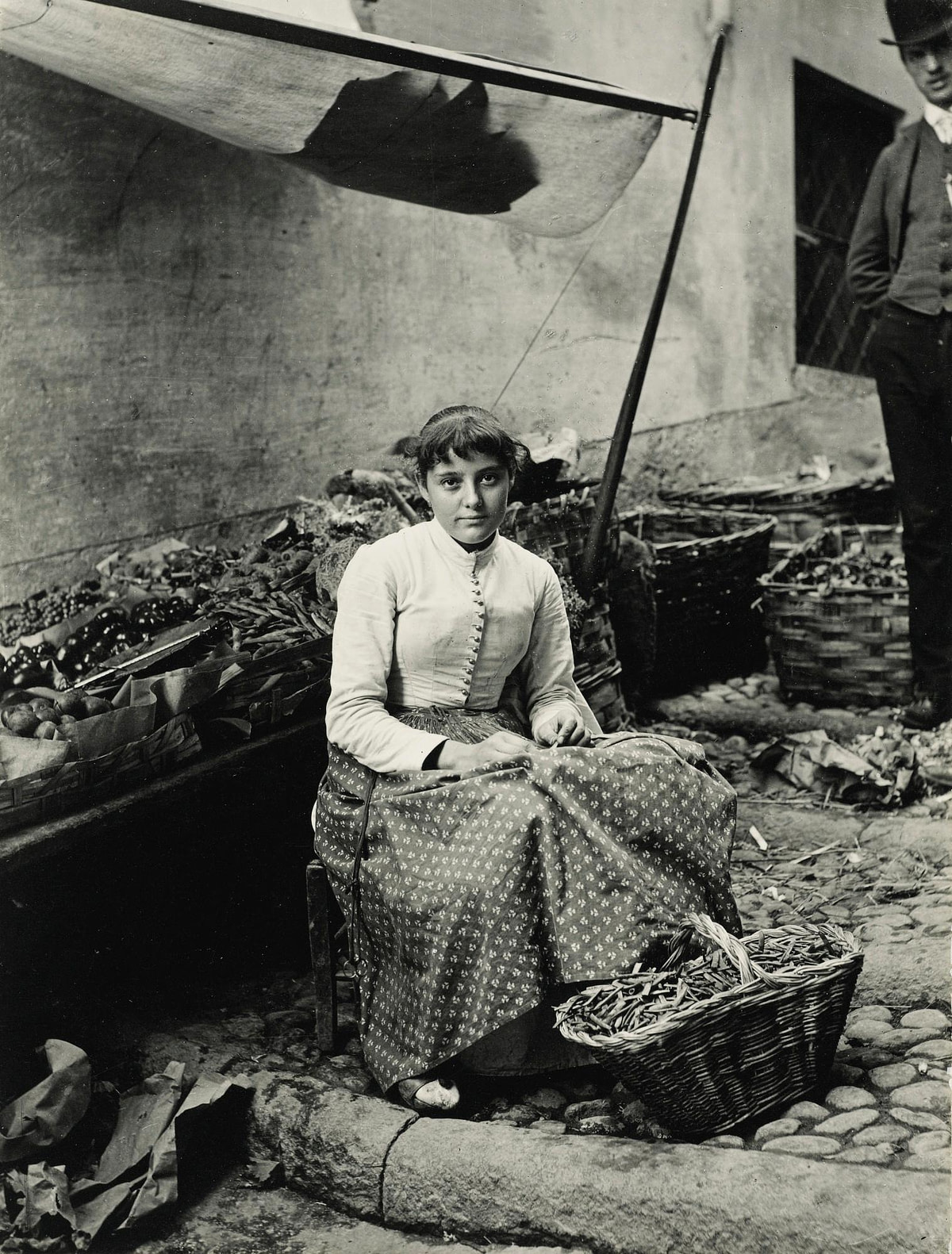