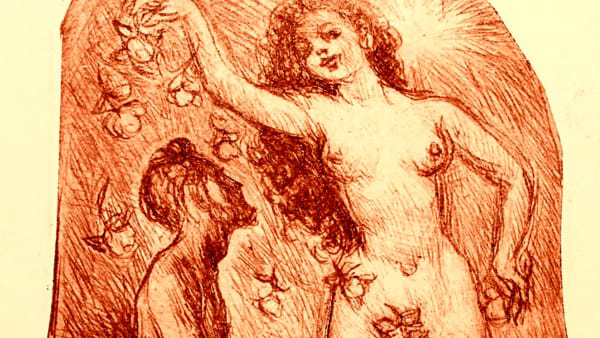 From Tuesday 11 to Sunday 16 June, at the Exhibition Hall in Garibaldi Square in Menaggio will take place the international exhibition “Ex Libris” – a tribute to Enrico Vannuccini, a famous artist who lived on Lake Como.

Saturday June 15 at 6:30 pm at the exhibition hall will be held the conference Memory of the artist who lived on our lake.

Enrico Vannuccini, born in Barullo of Cortona in 1900, in the province of Arezzo and orphaned by his father at an early age, moved to Florence with his family, where he attended the Agricultural Institute with modest results.
Vannuccini, a self-taught artist whose career began in Milan after the end of the Great War and military service, started working for an advertising agency dealing with the production of hand-painted posters, which failed shortly afterwards. In this period he met Filippo Tommaso Marinetti, and thanks to him he got closer to the futurist environment.
He moved to Rome in the twenties, where he approached the art of pottery. In the capital he had the opportunity to establish relationships with important figures belonging to the artistic and literary circles which influenced his training: Giorgio De Chirico, Giuseppe Ungaretti, Vincenzo Cardarelli, Alberto Savinio, Alberto Martini.

The artistic turning point came when Vannuccini returned to Milan and met the publisher Luigi Filippo Bolaffio. Through the latter he met not only the main engravers of the time, including Attilio Cavallini and Michel Fingesten, but also important collectors, including the industrialist Gianni (Giovanni) Mantero, and Ivan Matteo Lombardo, several times minister and deputy in the Constituent Assembly and in the First Legislature.
Later, displaced from Milan because of the Second World War, Vannuccini moved his laboratory on the shores of Lake Como, to Moltrasio, Lenno and Griante, where he lived until the end of his days, in 1990.