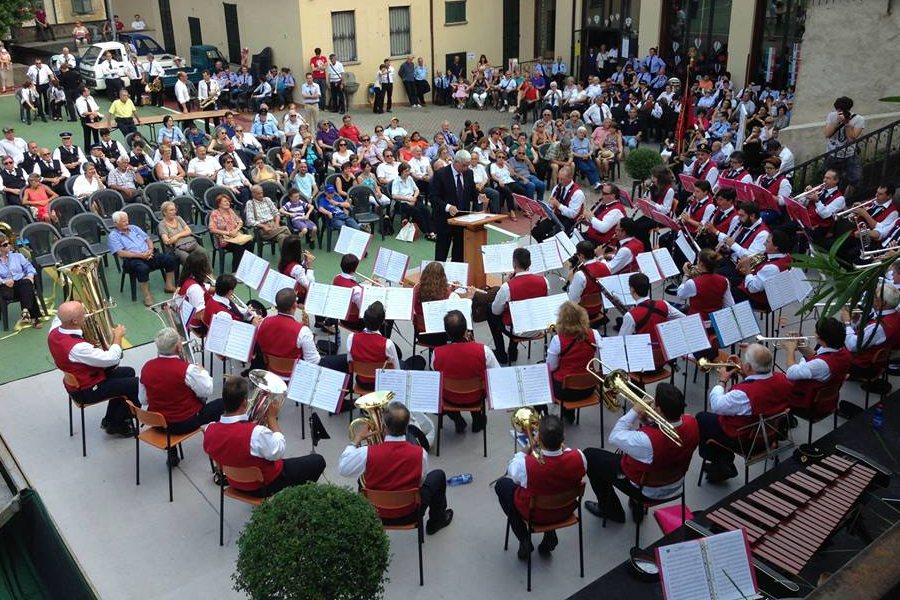 Saturday, July 20 in Garibaldi Square in the center of Menaggio at 9:00 pm will be held the concert of the Brass Band of Loveno.

One evening in 1843, Tenzi probably, nostalgically thinking back to the sumptuous Viennese music, thought that Loveno could also be the birthplace of a band that, although it could not compete with the sumptuous Austrian imperial orchestras, would still be a source of pride for all the Lovenians.

What until then had been just an idea, in a short time became reality.

At the beginning the band was composed of about fifteen elements with Tenzi as conductor.

After about a year and a half, with the opening concert, there was the debut of the Musical Body that drew all the people of Loveno to the square.

Among the many spectators who came, one was very special: the Conte Giuseppe Govone, general of the army who lived between 1825 and 1873. It was he, after having listened with a critical ear to the notes of the newly born band, who congratulated and took on the expense to provide a dignified uniform to those musicians so promising.

From the day of his first concert the band never ceased to exist, with only two suspensions due to the two world wars. It always participates in all religious ceremonies in Loveno and its surroundings, invited to perform concerts in neighboring countries has also won numerous awards and prizes in band competitions.

Many people, more or less famous, were amazed by the talent of the band of Loveno; an example is given by the famous French conductor Pierre Monteux.

Today the musical body of Loveno with its 170 years of history behind is certainly one of the most long-lived band realities of all Lombardy.

In 2011, on the occasion of the 150th anniversary of the unification of Italy, it was awarded by the Municipality of Menaggio, through an initiative promoted by the Ministry for Cultural Heritage and Activities, the title of Gruppo d’Interesse Comunale a livello Nazionale.