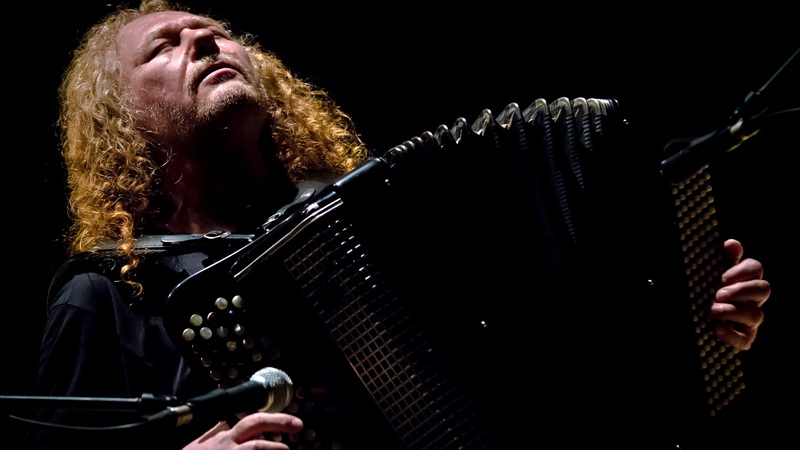 Saturday, June 1, 2019 at 9:00 pm concert with accordion by Vladimir Denissenkov, in the Sala Fermi of Villa Monastero.

He was born in Chernovtsy (USSR, now Ukraine) in 1956. He graduated from the Moscow Conservatory in 1979.
Vladimir Denissenkov was World Accordion Champion in Caracas in 1981. From 1981 to 1990 he played with the Moscow Philharmonic.
He also was the winner in the USSR of two contests of traditional Russian music.
From 1986 to 1989 he was a permanent guest with the group “Zvoni Ruskie” in the programs of the main Soviet television channels. He has performed with great success in almost the whole Soviet Union.
He has frequently been a guest musician at Moscow State Radio.
He performed in 40 countries around the world including the United States, Canada, Mexico, Venezuela, Brazil, Argentina, Peru, England, Norway, Finland, Germany, Spain, Italy, Austria, Switzerland.

Since 1995 he has worked permanently in Italy as a concert performer, both as a soloist and with his groups, collaborating with Fabrizio De André (Anime salve), Moni Ovadia (Theaterorchestra) and Ludovico Einaudi.

A repertoire which ranges from international successes between the seventies and the nineties.

Live music in the characteristic hamlet of Fiumelatte

A musical performance of the Sax-Guitar Duo, Jacopo Taddei and Roberto Porroni.